A lions eyesight is arguably their most important sense. Along with a highly developed sense of smell and incredible hearing, these apex predators have a big advantage over most of their prey. Their eyesight, all though no better than ours during the day is far superior at night, lions are said to be able to see eight times better than us in the dark.

Lions see mainly in blue and greens, with highly developed night vision. This doesn’t mean they can see in the dark, if it where pitch black a lion would be blind as well. The way a lions eye is designed helps them pick up and amplify very faint light such as the that emitted from stars and the moon. 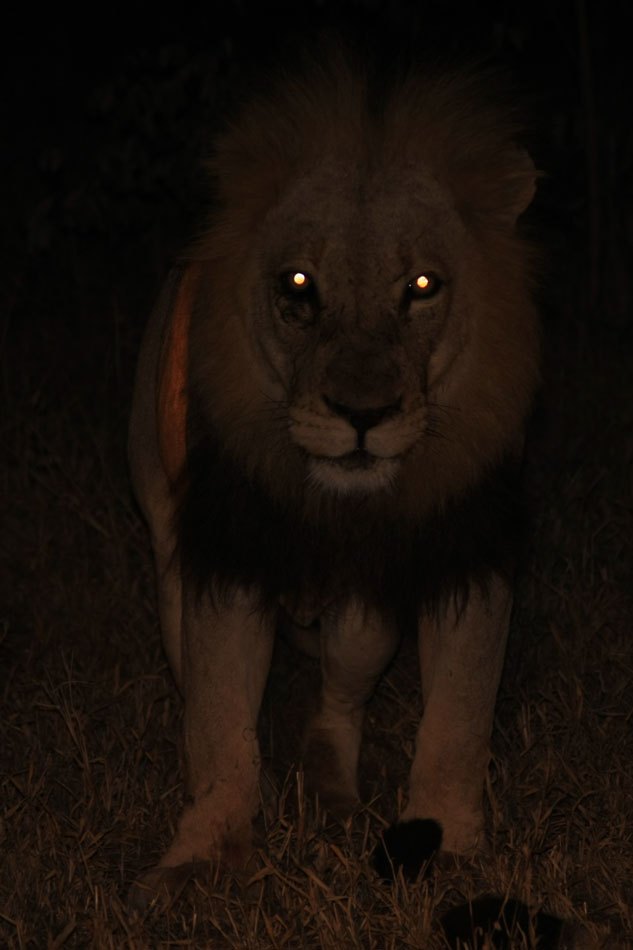 To sum up human senses are very different to animals relying mostly on our large brain to get us through life. Our eyesight and our hearing is fairly good while our sense of smell is very weak compared to most animals. Being humans our perception of the world around us is very narrow and it is very hard for us to imagine anything over and above what we can sense and see. For instance many snakes have heat sensitive receptors on their face, giving them a thermal image of their surroundings. Many birds can also see Ultra-Violet light waves, but that is a whole different story.

To be updated with all the latest news, offers and special announcements.